The testing consists of two parts:

SMDA Assurance currently covers Credit and Pre-Payment functionality in CSP Central and South and CSP Norths. The plan below outlines the steps taken to reach Full Assurance. Partial Assurance can be issued when device specific issues are identified during testing which have been tolerated by the SMDA Management Panel Sub-Group. A list of the accepted device specific and common tolerable issues are available here. 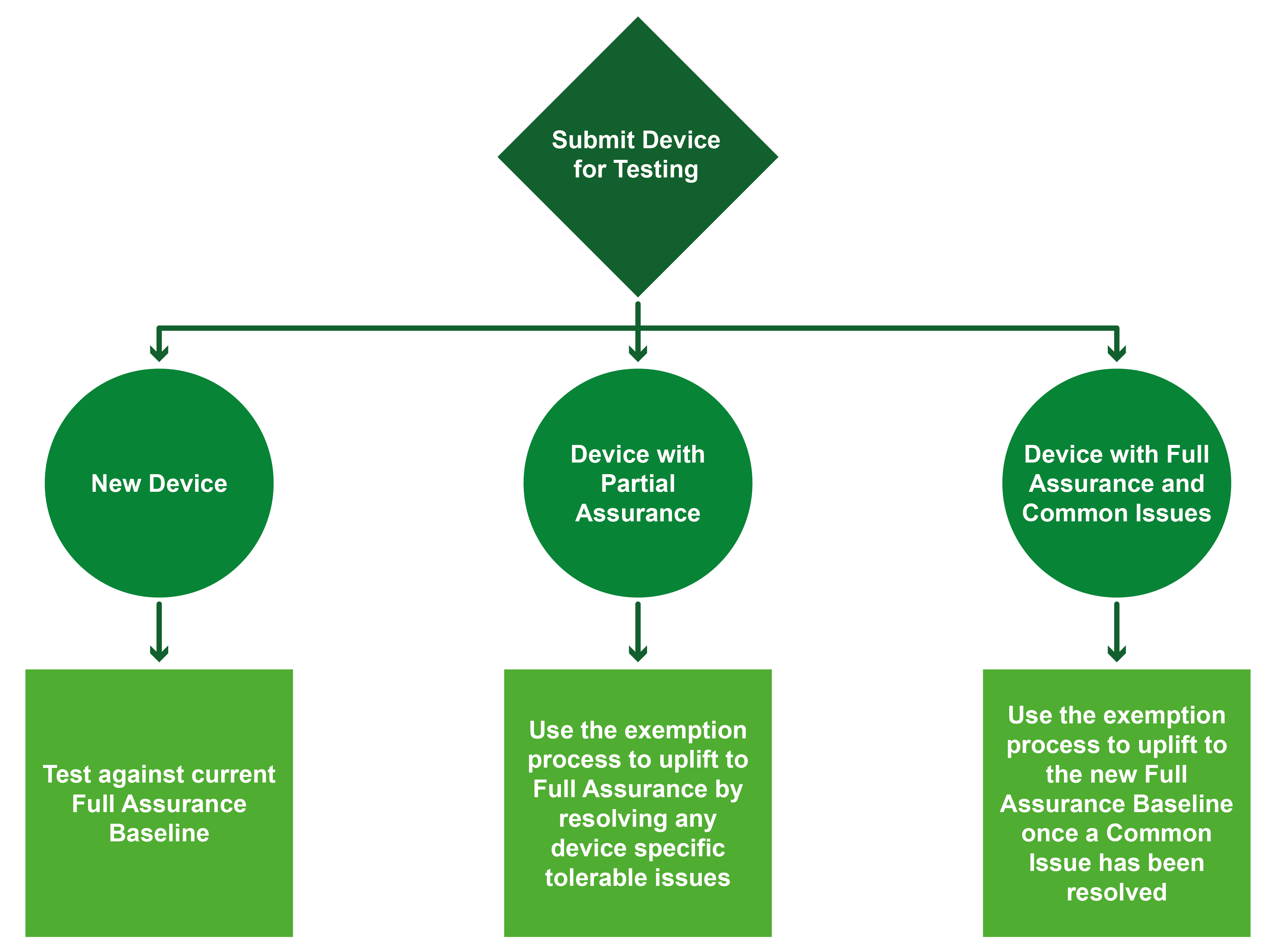 Critical Software is a system, software and data engineering company who are already well established in the GB smart metering space.

A specific SMDA test facility in Southampton opened in mid-2017. All interoperability and interchangeability testing takes place in this facility.

Home > What is SMDA? > Assurance Overview